Time to catch up!

2017 started with a good 9 mile run on January 1st and I was looking forward to a return to running races later in the year. I had also decided to try snowshoeing for the first time and registered for a Snowshoe Clinic at Grouse Mountain … the first class was on January 5th and I absolutely loved it. I knew that I had found another great exercise to enjoy … by the time I had done 2 classes plus one outing on my own I bought new Tubbs Snowshoes … I was hooked! 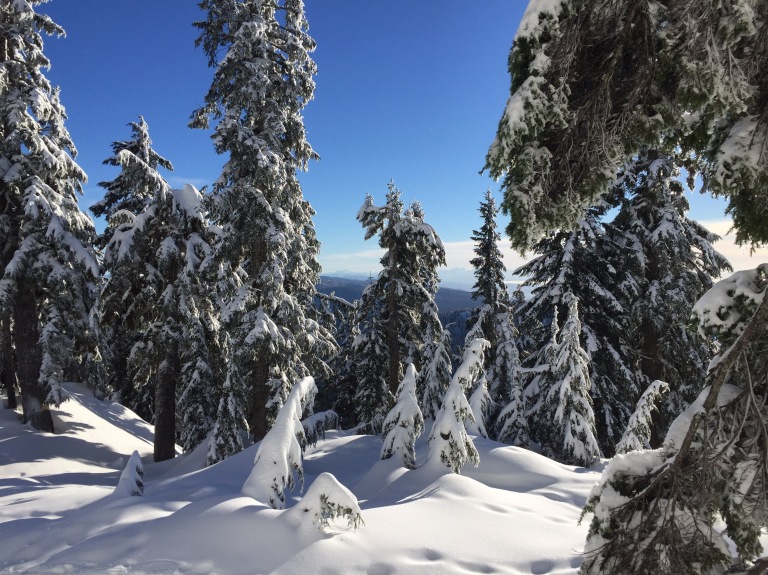 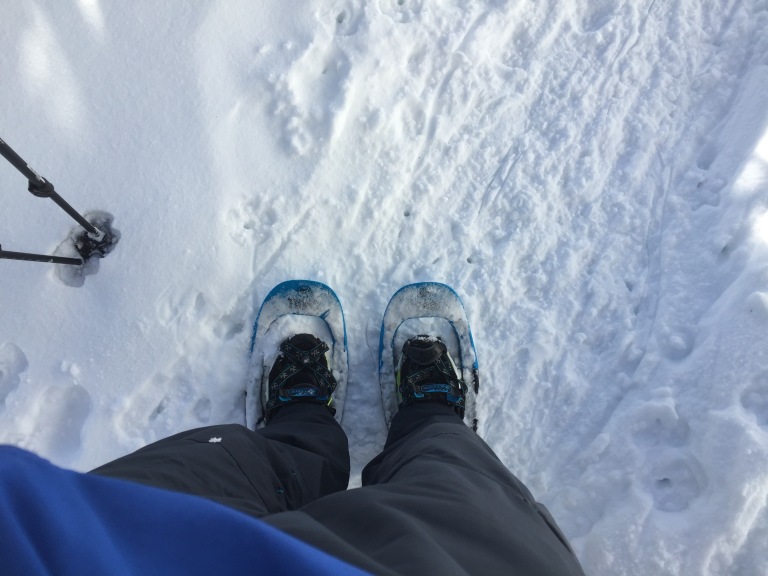 From January to the beginning of April I snowshoed 40 times … including my first snowshoe race … the Snowshoe Grind at Grouse Mountain. Absolutely loved every time that I was out … which was somewhat of a surprise since I have typically enjoyed running in the sun and warmth (both Vancouver and Honolulu) and not really liked Winter.

In addition to snowshoeing I was also getting back into running, including 5 races culminating in the Sun Run in April. These races were my first in over 4 years.  After the Sun Run I was looking forward to more races later in the year, including 3 in June, a half marathon in October and the Honolulu Marathon in December.

But before any more running/racing I left on a scheduled 27 day Driving Trip in the United States … first heading down the West Coast and then over to the Grand Canyon for a planned long hike. I had hoped to do a rim to river to rim (South Kaibab Trail to Phantom Ranch to Bright Angel Trail) last year but the Grand Canyon was experiencing a heat wave so I had to change plans and only hiked down Bright Angel half way to Indian Garden and then back up. This year my planned hike was early in May rather than early in June and I was hoping for better weather.

Unfortunately this year the Grand Canyon was also warmer than normal so I again had to modify my hike … down Bright Angel to Indian Garden and then out to Plateau Point and back. Three miles longer than last year and still a great hike with fantastic canyon views.

After the Grand Canyon I drove through Monument Valley in Utah before heading north to Yellowstone National Park. Even managed to find a train on my route!

From Yellowstone I drove east through Wyoming to South Dakota, then north to North Dakota before heading east towards Green Bay, Wisconsin.  Leaving Green Bay early on May 13th seemed to be a normal day but with the, as expected, slow/heavy traffic through and past Chicago.

I arrived in Akron, Ohio around 7 pm, checked in to my hotel and started unloading the car … then the unexpected happened.  Even though I was carrying very little and only walking a short distance I experienced extreme shortness of breath which I knew was not “usual” and couldn’t be ignored. I had the hotel office call 911 and a short time later was in an ambulance on my way to a nearby medical clinic. After a number of blood tests and an MRI, I received the news … all was good except I had pulmonary emboli in both lungs! I was then given 2 IV’s … one for antibiotics and one for Heparin (an anticoagulent) and also told that I would be transferred to Akron General Hospital in Downtown Akron.

From the clinic I tried calling my brother but he wasn’t home so I called Kate, a friend in my running club (VFAC). She was fantastic in keeping me calm (I actually never felt all that stressed while in the hospital). We talked a number of times at the clinic and then later after I arrived at the hospital (around 2am the next morning). Shortly after I arrived Downtown, Kate called and told me that when she called the hospital they answered “Cleveland Clinics” … she then asked “are they part of Cleveland Clinics” and I said yes … her response was very reassuring … “You couldn’t be in a better place in the world”! I since learned that among others, Bill Clinton, has been treated there.

While I got very little sleep overnight, by 10 in the morning I was taken off Heparin and by 11 was told that I would be discharged shortly … it appears I had a “mild case” if you can actually say that. By this time I had spoken with my brother, Mark, who was flying to Akron to drive me home but, at the last minute as I was being wheeled out of the ward, I asked if I could fly and the answer was yes, you have no restrictions of any kind.

After taking a taxi back to my hotel (with one stop to pick up drugs at Walgreen’s) I checked if I could get a flight … I could … called my brother asked if he would mind driving home alone and he said no problem so I booked the flight home. Flying was a much better choice than driving … a few hours versus 5 or 6 days driving … plus, after you have a medical incident your travel insurance has very little coverage for anything that happens after the initial incident!

The next morning, Monday May 15th, I met my brother at the Akron airport, gave him my car keys, pointed to where the car was parked and then walked, slowly, to my gate for the first flight to Chicago. While I was feeling much better than Saturday night or Sunday I knew I wasn’t anywhere like “normal” … actually asked for, and used, wheelchair service at both Chicago and Vancouver airports. At Vancouver I was picked up by the father on another VFAC member, Anne-Marie … who gave her father strict instructions … If Rick is feeling good take him home, if not, bring him directly to St Pauls Hospital (where she works). I was feeling good and was back home early Monday evening.

Part II will carry on from my return home. I am so thankful that my brother immediately offered to fly to Akron and get me home … and so thankful to Kate/Anne-Marie for their help while I was in Akron (and later after I was home too).

Ps. If something like this event ever happens to you and you are able, remember to bring your phone charger to the hospital! Fortunately I was able to borrow one from a very helpful nurse.

Pps. Yes, I did have travel insurance. If you ever wonder if travel insurance is useful/required … my less than 17-18 hour medical treatment is currently up to slightly over $20,000 Canadian!

I am a runner/snowshoer/photographer/videographer living in Vancouver, BC. Enjoy driving trips through North America, particularly visiting National Parks. View all posts by Rick Horne

Photorrhorne contains the thoughts, photos and videos from a runner/hiker/snowshoer/photographer.  I am passionate about history, transportation, photography and the beauty of the outdoors.